Oksana Galkevich was born in Kharkov, Ukraine, when it was a Soviet Republic. A dynamic young leader who has spearheaded the renaissance of Jewish life in Ukraine, she is now at the forefront of human service efforts to sustain that community, even amidst raging conflict. Like so many Jews born in the USSR, Oksana did not grow up knowing she was Jewish, and did not explore those roots until after the fall of the Iron Curtain. Today she is director of external relations and government affairs at the American Jewish Joint Distribution Committee’s former Soviet Union (FSU) branch, JDC FSU. Here, she recalls the role that Federation played in shaping her identity and supporting the rebirth of Ukraine’s Jewish community. 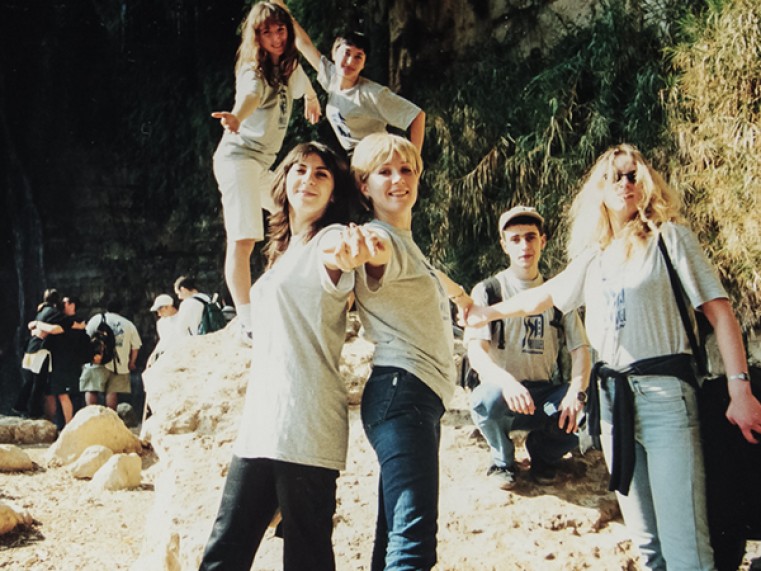 "Thanks to JDC’s efforts, Jewish life has blossomed

where it had nearly been eradicated."

Click to read more about Federation's work in the Ukraine crisis.

Judaism was something my family never talked about. We didn’t celebrate the holidays or light candles on Shabbat. But it was always under the surface. After all, I loved eating my grandmother’s gefilte fish.

But how could I have known what it meant? To me, “Jew” was only a word; a label stamped in a passport. Growing up in communist Ukraine, “Soviet” was the only identity we had.

After the fall of the Iron Curtain, everything changed. The community I once belonged to was torn apart. I longed to restore that sense of belonging—and so, when a school friend invited me to a Jewish youth club known as Hillel, I happily joined.

That visit marked my first Rosh Hashanah of many to come. Inspired by this newfound religious freedom, I decided to dig deeper into my own family’s Jewish roots, asking family members to tell me everything they knew about our history—and slowly, piece by piece, I unraveled the truth.

For so many years, I had overlooked my Jewish identity. Now, with this knowledge, I was galvanized to act, and joined in on the effort to revitalize Jewish life in Ukraine. Eventually I took it to the next level and began my work for JDC, a Federation partner agency. Today, I am proud to say that I am JDC FSU’s first locally-born representative.

Thanks to JDC’s efforts, Jewish life has blossomed where it had nearly been eradicated. From Budapest to Moscow, JDC founded summer camps, cultural festivals, social services and more for the struggling Jewish population of the FSU. And for the first time in decades, the community thrived.

But now, the world has once again turned dark for the estimated 350,000 Jews living in Ukraine.

Armed conflict erupted in the east, just miles from my childhood home of Kharkiv. Cities have been bombed. There has been no running water, no electricity, and no food on shelves. Thousands have been forced to flee since the conflict broke out, and Europe now has the largest population of displaced Jews since World War II.

Today, many Hesed centers have become command centers for rescue and relief work, supplying humanitarian aid to the tens of thousands affected by the conflict.

Thanks to Federation, I can continue to pursue my life’s calling: making sure that Jewish life survives, and continues to thrive, in my country.